The agreement between the three main political party leaders states that they have promised to end coal burning for power generation in the UK, unless it uses new clean-up technology.

The UN conference in Paris this December will be attended by European leaders all working towards a global agreement on climate change.

Currently, coal generated power stations are unabated in their production, causing tons of harmful emissions to enter the atmosphere. When it comes in to effect the agreement will require that all coal burning power stations use carbon capture technology, which can capture as much as 90% of the carbon emissions created at these power stations.

How does carbon capture work? 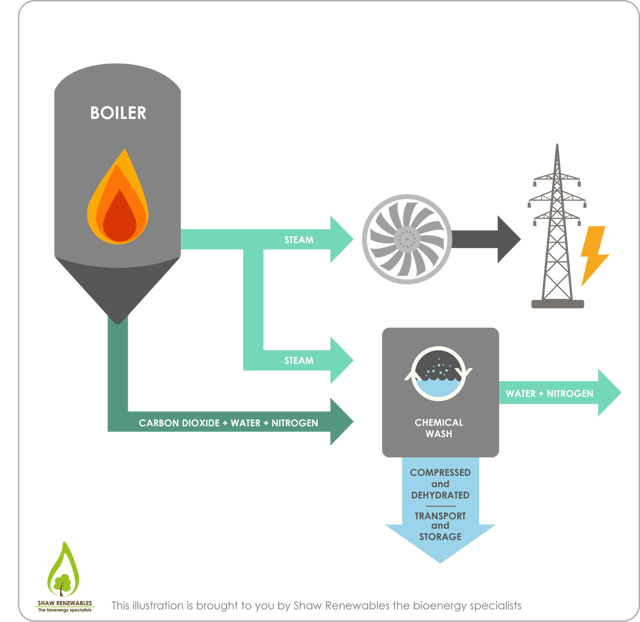 There are several techniques for carbon capture, the image about illustrates the process of post-combustion carbon capture. The heat from the combustion of coal and air mixture generates steam, which drives a turbine and in turn electricity is generated. Carbon dioxide, water and nitrogen exit the boiler via a flue and is therefore called flue gas.

The gas is then passed through a liquid sorbent, which reacts with and binds the CO2, removing it from the flue gas. Once the CO2 is captured the sorbent is moved to a desorber to be “regenerated”.

The CO2 is no longer bound to the sorbent and can be transported. To ensure the CO2 does not entire the atmosphere, it is now stored underground, using the natural process that has trapped CO2, oil and gas for millions of years. 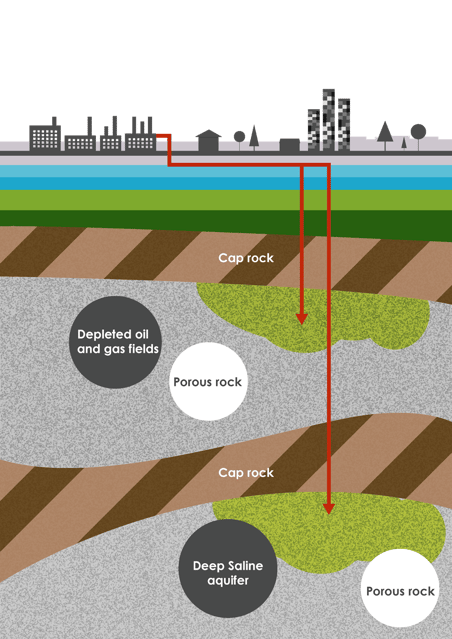 Residual trapping: injected CO2 becomes trapped in the tiny pores of the rocks and cannot move, even under pressure.

Dissolution trapping: this process sees a portion of CO2 dissolve into the surrounding water.

Mineral trapping: Some of the heavy CO2 rich water sinks to the bottom of the man made reservoir where it can react to form minerals.

The injected CO2 is trapped under layers of cap rock. The CO2 reservoirs are monitored at all times to ensure that there is no leakage and that surrounding plant and insect behaviour have behaving normally.

The agreement signed by the three major political party leaders is a large step forward in reducing the UK’s carbon impact. For all those who have concerns about their carbon footprint but are not able to live off the grid using renewables, it is good to know that the power you use is coming from a source that is bound by environmental restrictions.