Biogas plants harness the power of some of the earth’s most easily available and sustainable commodities – crops, by-products and waste.

Partnering with Bioconstruct, who have installed over 250 biogas plants worldwide, we design, install and maintain highly efficient anaerobic digestion plants. 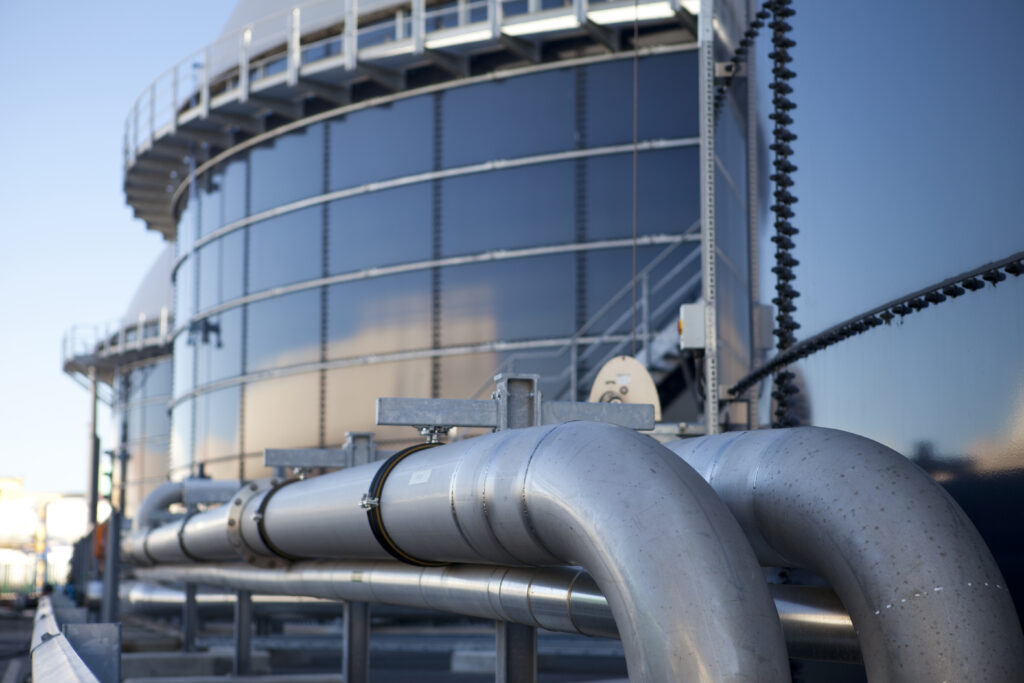 What is a biogas plant?

Biogas plants use Anaerobic Digestion (AD), a natural process where organic matter is broken down by micro-organisms in an oxygen deprived environment.

The process uses a substrate/feedstock, a biomass material that the microorganisms feed and live on. Feedstock is fed into large tanks (fermenters) where methane is released as the biomass breaks down – the methane is captured in these tanks.

The biogas produced in the fermenters can be used in a few ways. The biogas can be delivered to a CHP (Combined Heat and Power) unit where moisture is removed from the gas, which is then burnt to produce electricity and heat. The moisture removed from the gas is treated and returned back to the waterways once at a suitable standard. The electricity produced is ready to be used locally and get fed onto the national grid.

Biogas can also be treated further by upgrading the methane to produce biomenthane – this process allows the operator to inject the gas into the national gas grid. The organic matter (now called digestate) is still rich in nitrogen and other nutrients, making the substance an ideal fertiliser. At the end of the process there is no waste or unusable by-product – everything has a use.

Anaerobic Digestion (AD) collects methane from slurries, food waste and other biological matter, stopping it from being released into the atmosphere. Methane is a greenhouse gas that is far more potent than carbon dioxide.

The Green Gas Support Scheme (GGSS) is a government environmental scheme that will provide financial incentives for new anaerobic digestion biomethane plants to increase the proportion of green gas in the gas grid.

Turn waste into a commodity

How does the process work?

There are four main stages of the process, each stage breaks the matter into smaller and smaller parts, until the only remaining substances are methane, carbon dioxide, water and digestate, all of which have uses.

1. Hydrolysis
The complex organic matter, carbohydrates, fats and proteins, are broken down
into simple sugars, fatty acids and amino acids.

2. Acidogenesis
The singular sugar molecules, fatty acids and amino acids are broken down into
alcohols and volatile fatty acids.

3. Acetogenesis
The volatile fatty acids and alcohols are converted again, this time into hydrogen, carbon
dioxide and acetic acid.

How long does it take to build a biogas plant?

There are a lot of variables that determine how long it takes for a biogas plant to become operational, however a rough guide would be between 8 months and 2 years from first contact.

What We Can Do For You 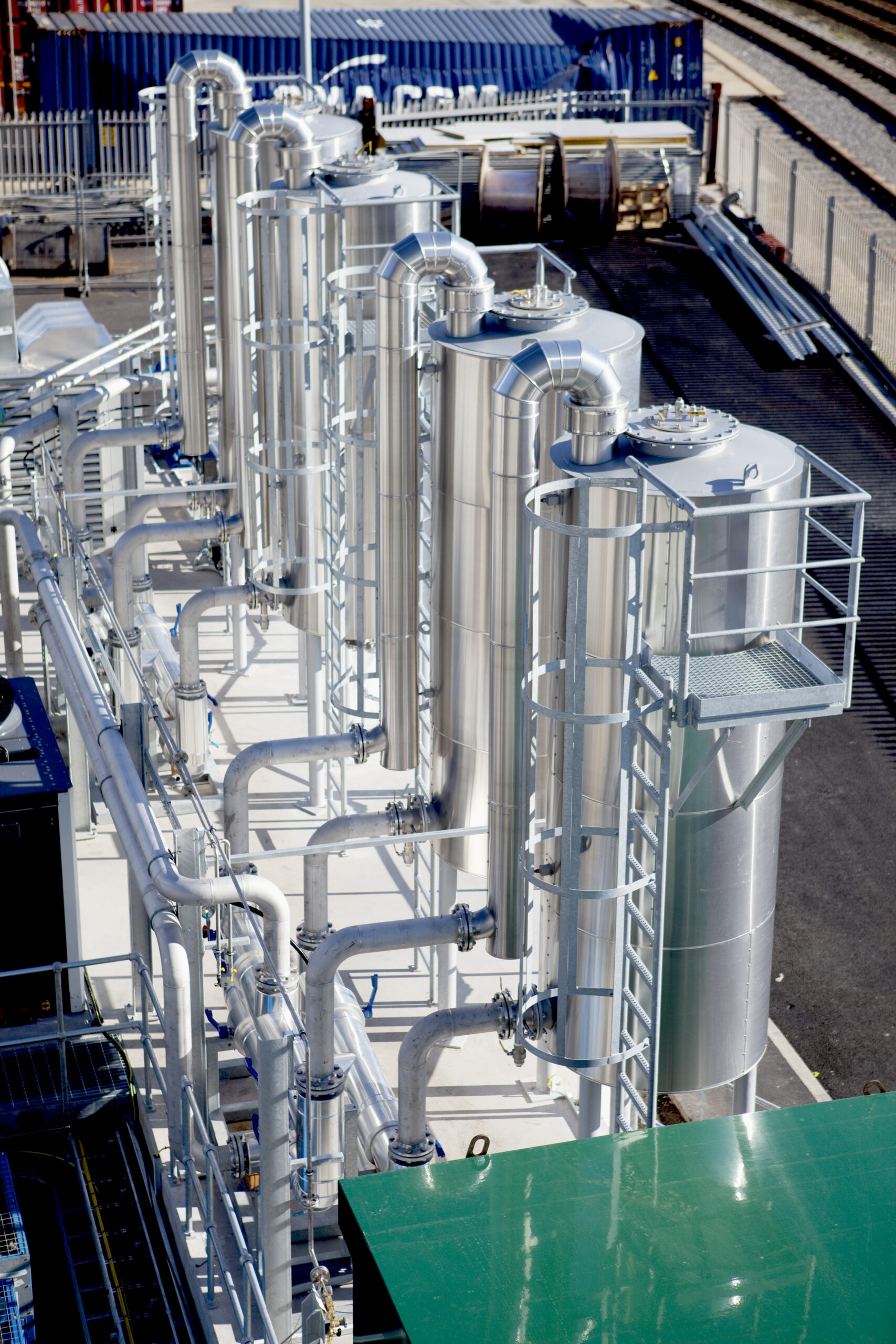 If you want to get a quote or simply ask a question, fill in your details on our Contact Page.

Contact us
We use cookies on our website to give you the most relevant experience by remembering your preferences and repeat visits. By clicking “Accept All”, you consent to the use of ALL the cookies. However, you may visit "Cookie Settings" to provide a controlled consent.
Cookie SettingsAccept All
Manage consent