On Friday 20th March 2015 the UK will be able to witness a total or almost total eclipse! The first in almost 16 years.

Total solar eclipses occur when the Moon comes between the Sun and the Earth, casting the darkest part of its shadow (the umbra) on Earth.
Only areas located in the path of the umbra can see a total solar eclipse. Our moon’s umbra is only about 200 miles wide and travels east at around 1,056 mph. This means that even though solar eclipses can happen up to 5 times a year, few get a to see them. Total solar eclipses are so rare that they can only be seen on average once every 360 years. 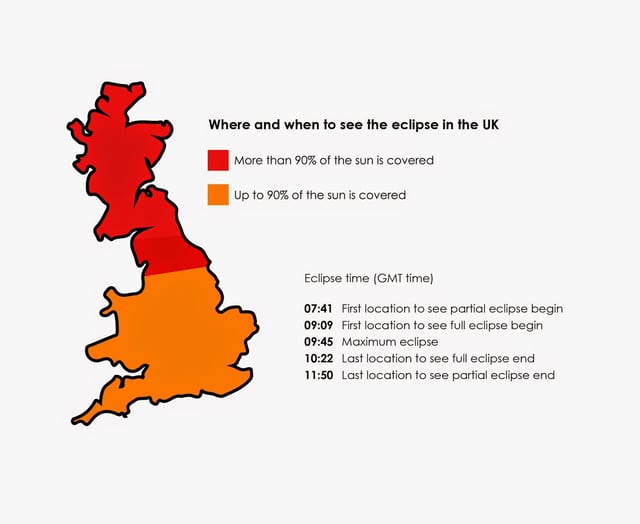 There are 5 stages in a total solar eclipse:

1. Partial eclipse begins (first contact). The Moon’s shadow becomes visible, making the Sun look like a bite has been taken out of it.

2. Full eclipse begins (second contact). Almost all of the Sun is covered, at this stage those in the path of the umbra may be able to see the “diamond ring effect”

3. Maximum eclipse (totality). Now completely covered by the Moon, only the Sun’s corona is visible. It is at this stage that the sky goes dark, temperatures fall and birds and animals go quiet.

4. Full eclipse ends (third contact. The Moon’s shadow moves away and the Sun begins to appear once more.

a letter published by Ofgem at the end of April, they confirm that after consultation they will be implementing changes.